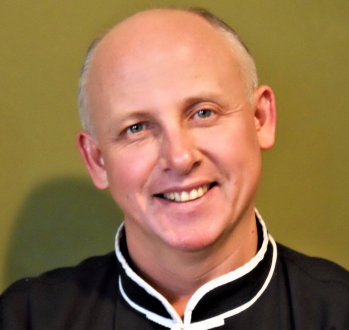 Tenor Alexander Kravets has proven himself to be one of the most versatile opera performers of his generation, his name is familiar to many true fans of the opera worldwide and professionals. He has worked as a guest soloist in the UK, Germany, France, Italy, Belgium, the Netherlands, Austria, Switzerland, Spain, and America.

One of his most recent highlights was his debut at the Royal Opera House in London as the Chief Police Officer in a new production of the opera The Nose by Shostakovich, directed by Barrie Kosky. He performed this role many times before on such stages as the Berlin State Opera, the Komische Oper Berlin, the Lausanne Opera, the Dutch National Opera, the Opéra de Lyon, the Aix en Provence Festival, and the Metropolitan Opera in New York. At the Royal Opera House in Covent Garden, Alexander has become a regular guest of the theatre throughout subsequent seasons, having sung Chekalinsky in The Queen of Spades and Cerevin in From the House of the Dead. A vast number of other parts performed by Alexander include Prince Nilsky in The Gambler for the Opéra de Monte-Carlo, Monostatos in Die Zauberflöte for the Teatro Massimo in Palermo, Astrologer in a new production of The Golden Cockerel for The Royal Theatre of La Monnaie in Brussels and the Teatro Real in Madrid.

Alexander received the highest critical acclaim for his portrayal as the Drunken Peasant in Lady Macbeth of the Mtsensk District by Shostakovich staged at the Teatro alla Scala in Milan, Teatro Real in Madrid, the Teatro Reale di San Carlo in Naples, the Dutch National Opera, the Grand Théâtre de Genève, and the Opéra National de Paris.

Among the highlights in his creative biography are the roles of Sharikov in the world premiere of the opera A Dog's Heart by A. Raskatov and his participation in The Cunning Little Vixen both at the Dutch National Opera, Kedril in From the House of the Dead at the Teatro Real in Madrid, Monostatos in Die Zauberflöte at the Teatro La Fenice, Monsieur Triquet in Eugene Onegin and Monostatos at the Grand Théâtre de Genève, Second Officer in Die Soldaten at the Komische Oper Berlin, Sellem in The Rake's Progress at the Deutsche Oper am Rhein in Düsseldorf, Spoletta in Tosca at the famous Bregenz Festival, Chekalinsky in The Queen of Spades at the Teatro di San Carlo in Naples, and Claire Quilty in the opera Lolita at the Prague National Opera.

Alexander Kravets is regularly invited to La Monnaie in Brussels, where his most recent roles were the Duke in The Covetous Knight by Rachmaninoff, Rustighello in Lucrezia Borgia and Trabuco in La forza del destino. He has also enjoyed a strong collaboration with the company of the Opéra de Paris, his engagements there include Count Albert in Die tote Stadt and Ser Toldo Berardengo in Francesca da Rimini by Zandonai. It is also worth noting significant invitations to other famous Parisian stages to perform Mozart in Mozart and Salieri at the Théâtre des Champs Elysées and as Papiol / le trouvère in Re Orso at the Opéra comique. Alexander also performed at such venues as the Bavarian State Opera, the Bonn Theatre, the Opéra Royal de Wallonie, the Toulon Opera, the Angers-Nantes Opéra, and the Teatro Comunale di Bologna.

In the summer of 2018, he debuted at the famous Salzburg Festival in the role of Chekalinsky in The Queen of Spades conducted by Mariss Jansons. Upcoming engagements include returning to the Royal Opera House in Covent Garden for Tosca and Madame Butterfly, to La Monnaie in Brussels and Prague National Opera, to the Salzburg Festival as Shuisky in Boris Godunov, as well as his participation in War and Peace at the Grand Théâtre de Genève and Ulisse in Inferno by Ronchetti at the Frankfurt Opera.