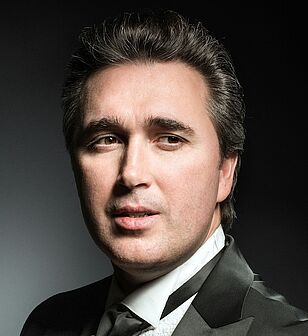 Alexey Tatarintsev is a sought-after concert singer appearing on important concert platforms and orchestras. In 2019 he sang Donizetti’s Requiem at the MüPa Budapest, conducted by Speranza Scappucci. With L'Orchestre National d'Ile de France, under the baton of Enrique Mazzola, he performed Verdi's Requiem in France, including Chateau de Versailles. With Sion Festival he was the tenor soloist in Rossini’s Stabat Mater, conducted by Dmitry Korchak. He was awarded the “Golden Mask” for his Roméo Roméo et Juliette and the “Onegin Prize" for his Rodolfo La Bohème. He carries the title Honoured Artist of the Republic of North Ossetia-Alania and is a prizewinner of international competitions, such as the Galina Vishnevskaya Competition and the Luciano Pavarotti Competition. Born in the Tambov region in Russia, he studied choral conducting before enrolling to the vocal department of the Victor Popov Academy of Choral Art in Moscow, where he completed his postgraduate studies in 2009.