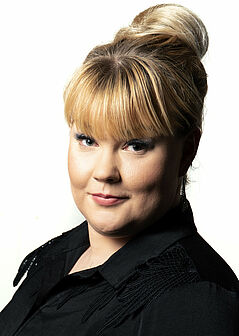 Finnish soprano Heta Sammalisto has a rare dramatic but beautiful voice ideal for the demands of the Puccini and Wagner repertoire. She received her master’s degree from the Sibelius Academy and the Helsinki University of Arts in 2021. Heta is now looking forward to her debut at the Finnish National Opera in the role of the First Lady in Mozart’s Die Zauberflöte as well as Rosalinde in Die Fledermaus with the Pori Sinfonietta under the baton of Tibor Bogányi.

After studying violin, she took her first steps onto the operatic stage in student productions of Gluck’s Orfeo ed Euridice and Mozart’s Don Giovanni. She has also performed in Mozart’s Requiem and Strauss’ Vier letzte Lieder.