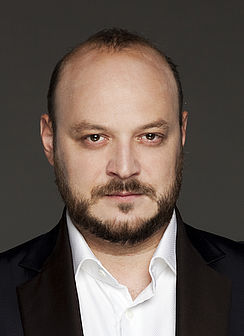 Belarussian Verdi baritone Vladislav Sulimsky has rapidly become one of the leading singers in the world. In the summer of 2018, he made his debut at the Salzburg Festival as Tomsky (Pique Dame) under the baton of Mariss Jansons, followed by Count Luna (Il trovatore) at the Berlin State Opera, Jago (Otello) at the Vienna State Opera, and his role debut as Scarpia (Tosca) at the Malmö opera. He also made his house debut at the Munich State Opera with Count Luna. He  appeared for the first time at the Frankfurt Opera in a dramatized Tchaikovsky evening staged by Christof Loy, as well as with the Berlin Philharmonic in Rachmaninov’s Francesca da Rimini conducted by Kyrill Petrenko. His house debut at the Paris Opera was cancelled due to the Covid-19 pandemic. In summer 2021, he sang Miller in Verdi’s Luisa Miller at the Glyndebourne Festival.

In 2010 Sulimsky sang Enrico Ashton (Lucia di Lammermoor) at the Mariinsky alongside Nathalie Dessay and Belcore in L’Elisir d´Amore with Anna Netrebko as Adina, followed by Giorgio Germont (La Traviata) and Robert in Iolanta. A frequent guest at the Bolshoi Theatre in Moscow, he has performed Prince Kurlyatev in Enchantress by Tchaikovsky and his parade title role Eugen Onegin. In autumn 2012 Sulimsky made his Swedish opera debut at Malmö Opera as Miller in Verdi's Luisa Miller, followed by Renato in Un ballo in maschera at the Stockholm Royal Opera. He performed Ezio in Attila at the Mikkeli Festival in Finland under the baton of Valery Gergiev, and completed the season with a long European tour singing Ibn-Hakia alongside Anna Netrebko in Iolanta.

With his performance of Prince Kurljatew in Tchaikovsky’s Charodeyka (Enchantress) in Christof Loy’s production at the Theater an der Wien in 2014, for which Sulimsky gained a lot of international attention, the season then continued with Marcello in La bohème in Helsinki and Ibn-Hakia in Dallas. His Eugene Onegin at the Malmö Opera under the baton of Michail Jurowski in 2015 was followed by his Swiss  debut at the Basel theatre in the title role of Macbeth, and later on as Don Carlo de Vargas in La Forza del destino.
In 2016, Vladislav Sulimsky made a highly successful debut in his first Wagner role as Alberich in Das Rheingold at the Edinburgh Festival and was most recently heard in the title role of Mazeppa at the Oviedo Opera, as Tomsky (Pique Dame) at the Stuttgart Opera, Rigoletto at the Sankt Margarethen Opera Festival and the Malmö Opera, Germont (La Traviata) in Dallas, as well as in his debut at the Wiesbaden May Festival in the role of Renato (Un ballo in maschera).
In this fall, Sulimsky will sing Count Luna at the Berlin Staatsoper Unter den Linden and Jago for the Leipzig Opera. In the spring of 2023, he will sing Miller in Christoph Loy's production of Luisa Miller at the Cologne Opera.