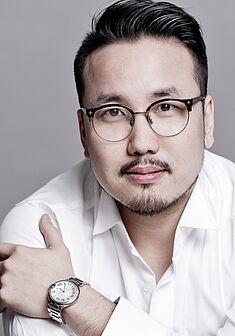 In the autumn of 2019, Alex Kim joined the ensemble of Staatstheater Meiningen. His roles there include Ruggero (La Rondine) and Don José (Carmen), the title role of Werther, Matteo (Arabella) and Herzog Guido (Eine Nacht in Venedig).  His new roles in the 2021-22 season included Rodolfo (La bohème) and Tamino (Die Zauberflöte).

In the autumn of 2018, he appeared as Ferrando (Cosi fan tutte) at the Korean National Opera in Seoul and returned there in 2019 to sing Tamino (Die Zauberflöte). At the BOZAR concert hall in Bruxelles he sang in Verdi’s Requiem with the Brussels Choral Society, the Philharmonischer Chor der Stadt Bonn and the Ensemble Orchestral de Bruxelles, conducted by Eric Delson.

Alex Kim performed Alfredo in 2017 with the PromFest in Estonia, a role which he has also sung at the IBK Hall in Seoul, the Daegu Art Center and the Schlossfestspiele Sondershausen. He has appeared as Duca (Rigoletto) at the Verdi Festival in Busseto in 2015, as Nemorino (L’Elisir d’Amore), Edgardo (Lucia di Lammermoor) and Rodolfo (La bohème) with South Korean opera companies, such as the Korean National Opera, the Knua Theatre in Seoul and the Gwangju Theatre.

Alex Kim graduated in 2014 with a Master’s degree from Hochschule für Musik und Theater in Hamburg with the role of Tamino (Die Zauberflöte). He made his debut at the Staatsoper Hamburg in 2016 as Eurymedes in Telemann’s Orpheus followed by 2. Nazarener (Salome), Die Stimme des Jünglings (Frau ohne Schatten) as well as Junger Seemann and Hirt (Tristan und Isolde), under the baton of  Kent Nagano. He also went on tour with the Staatsoper Hamburg in Bogota.