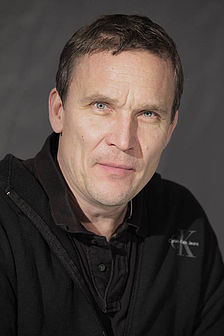 Vilppu Kiljunen is a freelance opera stage director whose works can be seen across Finland and abroad. He has contributed to the Savonlinna Opera Festival through its artistic committee and is currently a member of its council.
Kiljunen started by studying musicology and drama as well as theoretical philosophy at Helsinki University. He also studied violin at the Helsinki Conservatory of Music, dance among others at the Finnish National Opera Ballet School, and pantomime at the International School of Marcel Marceau in Paris. In 1990, he graduated with a Master of Arts in Stage Directing from the Theater Academy of Finland.
Vilppu Kiljunen was the artistic director of the Theater Pieni Suomi and has taught at many institutions such as the Arts Academy of Turku, the Aalto University School of Design, the Theater Academy Helsinki, and the Sibelius Academy. He debuted as an opera director with Mozart's La Clemenza di Tito in 1993. In addition to his work on the main stages in Finland, he has staged operas abroad in Sweden, Middle Europe as well as in Russia at the Marinsky Theater in St.Petersburg and the Bolshoi Theater in Moscow.
His latest works feature a rock opera Indigo by the “Apocalyptica” at the Finnish National Opera, Cardillac at the Estonian National Opera in Tallinn, the double bill The Mine by Einojuhani Rautavaara and Love by Judith Varga at the Hungarian State Opera in Budapest and Wagner’s Tannhäuser for the Latvian National Opera in Riga. His next stagings will be the Die Zauberflöte by Mozart for the Estonian National Opera and the world premiere of the opera Vanapaga at the Vanemuine Theater in Tartu, Estonia.