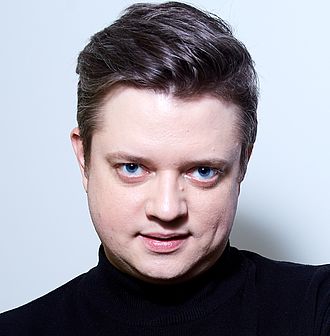 Raimonds Bramanis is one of the Latvian National Opera leading soloists. In 2007 he graduated from the J. Vitols Latvian Academy of Music. He has participated in master classes and has continued to develop his vocal prowess with Paolo de Napoli.

Raimonds Bramanis made his debut at the LNOB in 2008 as a baritone in the role of Papageno in Mozart’s Die Zauberflöte. In the years since he has sung Nemorino (L'elisir d'amore by Donizetti), Don Ottavio (Don Giovanni by Mozart), the Prince (The Love for Three Oranges by Prokofiev), Ismaele (Nabucco by Verdi), Alfredo Germont (La Traviata by Verdi), Duke of Mantua (Rigoletto by Verdi), Macduff and Malcolm (Macbeth by Verdi), Roberto (Le Villi by Puccini), Alfred (Die Fledermaus by Strauss), Lensky (Eugene Onegin by Tchaikovsky), the Architect (?. Ešenvalds’ The Immured), Rodolfo (La Boheme by Puccini), the title role in Gounod`s opera Faust.
The artist has also portrayed Alfredo Germont in Magdeburg, Germany and in Tallinn, Estonia. In 2011, along with the soprano Dinara Alieva, he performed at the Prague State Opera with Maestro Ratislav Štúr. He was part of a concert production of Verdi’s Otello together with the Latvian National Symphony Orchestra conducted by Karel Mark Chichon.

In 2015 he was awarded the “Latvijas Gaze” Annual Award for Opera 2015 as Best Opera Soloist. In 2019 he created the huge main role Tots at the contemporary Latvian opera “I played, I danced” by composer Imants Kalnins and was nominated as the best singer in Latvia.

In last season he sang Duca in Rigoletto with the Hong Kong Opera Company. His Faust at the Aalto Opera Essen was cancelled because of the Covid 19 pandemic, but he managed to jump in to Tartu Opera’s production of Donizetti’s Linda di Chamounix, where he sang the main tenor role Carlo. In season 2021/22 he is supposed to make his debut as Cavaradossi in Puccini’s “Tosca” and the title role in Latvian opera “Hamlet” composed by Janis Kalninš in 1935 as well as Gabriele Adorno in Verdi’s Simone Boccanegra at the Latvian National Opera.